When Business Was Good 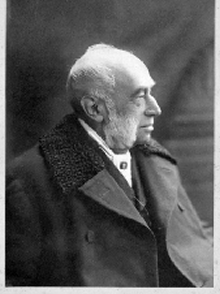 "In all thy ways acknowledge Him and He shall make straight thy paths" Proverbs 3:6

I am excitedly looking forward to Ian Hislop's programme "When Bankers were Good" this coming Tuesday evening on BBC Two, featuring as it does some wonderful, philanthropic, Victorian men and women who understood that divine service, ethics and morality apply in all areas of life including the hurly burly world of business and from whom our modern society can learn a thing or two. I believe that some of those to be featured in the programme were Unitarians which provides some added interest for me.

Reading about this programme reminded me of a biography that I have recently read, about a man who Florence Nightingale referred to as: "One of God's best and greatest sons" namely William Rathbone VI

William was born in 1819 to the prominent mercantile, banking and political Rathbone family (who had become Unitarians, albeit still valuing their Quaker heritage, since William Rathbone IV moved from Quakerism to Unitarianism). At an early age he came under the influence of the Rev J.H. Thom whose views regarding the responsibilities of the wealthy towards the poor, were to shape William's whole life thereafter. Rev J.H Thom had characteristically said:

"What we are as Christians may be judged from what we suffer the poor around us to be."

William took such teachings to heart and began a life of the greatest philanthropy and public good, the effects of which continue to be felt right down to our own age. The family's existing wealth was only augmented by William's shrewd and successful business activities opening as he did branches in Canton and Shanghai and diversifying into ship-owning. Being aware as he was, from a very early age, that people often sadly decline in generosity as their wealth increases, he set for himself a principle by which at first a tenth of his income would go to the furtherance of public good, and then at every increase of his earnings there would be a subsequent increase in the proportion of money given away, until eventually the proportion reached five-tenths, and then subsequent to this, all further increase in income should go to the service of benevolence. He himself summed up this attitude when he described surplus wealth, after a person had provided for the reasonable needs of himself and his family, as:

"a trust for which he owes an account to himself, to his fellow-men, and to God; it is not an absolute freehold which he may use solely for personal enjoyment and indulgence."

He also knew the other scourges that wealth could bring in its wake, and so he took it upon himself to continue his father's efforts to abolish bribery and corruption.

William was no stranger to the needs of Liverpool's disadvantaged citizens, and his honour and prestige did not stop him from house-to-house visits of the poor during which he saw first-hand the misery in which many of them lived, which only served to strengthen his resolve to use his affluence and influence to bring alleviation to the problems he saw.

In 1859 his life was rocked by the illness and death of his wife Lucretia. His observation of and gratitude for the care given to his wife by a nurse, Mary Robinson, led him to desire the same standard of care for the poor of Liverpool. To this end he engaged, at his own expense, a nurse to work in the most disadvantaged districts and he laboured tirelessly to establish in 1862 the Liverpool Training School and Home for Nurses which set in place a district nursing scheme which eventually spread throughout the entire country. Not yet satisfied, he investigated and became increasingly saddened by the state of care at the great infirmary at Liverpool Workhouse and successfully strove to better the nursing practices there.

In 1868 he entered Parliament as a Liberal MP where he worked at reforming local government and specifically local taxation, efforts which significantly contributed to the Local Government acts of 1888 and 1894

William's other great and generous endeavour and a central component of his lasting legacy, was his involvement in the foundation of University College Liverpool in 1882 and the University College of North Wales in 1884, now known as Liverpool University and Bangor University respectively, a natural outgrowth of his belief, a belief that was strongly held by many 19th century philanthropists and reformers, and still held today, that a good education is one of the best and most sustainable routes out of poverty.

His death in 1902 called forth many tributes from prominent people in Liverpool and led the Archdeacon Madden to refer to him as "An ideal citizen, and typical modern saint". As a result of William's devoted service to God and to his fellow human beings he became one of a dearly remembered group of people whose activities in the furtherance of civic virtue led a Baptist minister Rev. Dr. C. F. Aked to say in 1905:

"The life of Liverpool has been enriched by some Unitarians who were amongst the saintliest of God's children; the records of its public philanthropy and of its private beneficence are eloquent with stories of Unitarian goodness."

Today many in society are looking for a new way for politics and business to be conducted. Some wish to do away with the systems we currently have and replace them with something else (a 'something' which very often they find hard to articulate). However we Unitarians have past luminaries who have illuminated ways for us to conduct ourselves in our work, and in the use of our wealth. All our congregations can if we so wish, continue the legacy of our forebears, even if only in small ways, and once again join forces with those of all faiths and none to strengthen the fabric of our society, inrease opportunities for all and continue spreading a spirit of munificence throughout our land.

Joseph
I am a 30 something British Unitarian Christian, and my interest in religious, social and political issues have driven me to join in the Big Conversation on the Web. I strive in all my doings to know God, and to serve Him with all my heart. My theology is more at home with what I suppose can be called classical Unitarianism, and strongly influenced by Judaism. I believe in the revelation of God's teaching, as found in the Bible,reasonably understood,and learn much of my faith from the teachings of the Jewish Rabbis, including Jesus. My views of Jesus are in the "humanitarian" tradition. I see him as simply human. His teachings and life's example bring one closer to God, and have with God's help, spread throughout the world enlightening many, and bringing them into a closer relationship with their Creator.